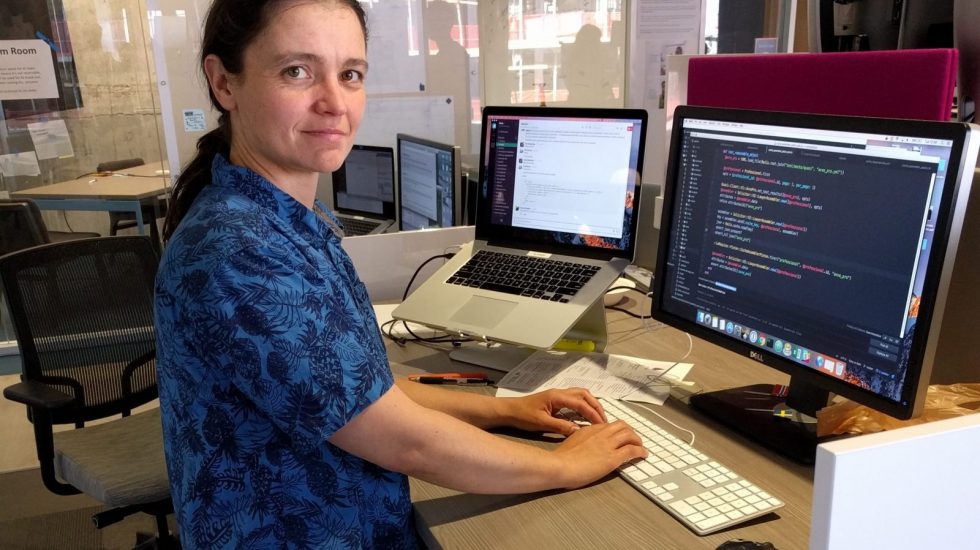 This month we are featuring one of our first web development engineer apprentices – Yana Radenska. Yana has a background in education and now she is training to be a web developer at Avvo.

How did you first decide to pursue an apprenticeship through Apprenti?

I had been researching various options to make a career change into coding. One thing that made me hesitant to go with a bootcamp was the uncertainty of acquiring a job and ending up in debt (from the time not working and money spent during bootcamp). A friend of mine posted an article on Facebook about Apprenti. I very much appreciated both the financial boon and job placement for the apprenticeship year that the program provided. It was exactly what I was looking for to pursue a coding career.

What were you doing before Apprenti?

Before Apprenti, I was substitute teaching and tutoring. Having been a full-time teacher previously, I was not interested in continuing in that career.

What are you training for right now? How is it going so far?

Right now, I’m four months into my on-the-job training at Avvo as a web developer. I think it’s going great, though this is definitely a profession of lifetime learning. Avvo has a great company culture and they are especially invested in senior developers mentoring junior developers, apprentices, and interns.

What effect has Apprenti brought to your career if any? What’s your plan for your career post Apprenti?

Apprenti has definitely changed my life for the better. It is allowing me to completely switch to a career with great growth prospects that I greatly enjoy. I plan to continue programming as a career after my training is over.

I would and have already enthusiastically recommended Apprenti to many people seeking to get into a tech career, but specifically anyone who would be unable to pursue that career due to the financial burden (e.g., people who can’t take time off work and still pay the bills, people who have dependents to care for). The initial application process is not onerous and the benefits of becoming an apprentice are definitely worth it. One thing that makes Apprenti even more appealing and practical is that existing technical skills are not required. I think outside of money, getting into the door when you’re coming from a completely unrelated career can be extremely difficult. Apprenti looks for people that are likely to succeed in a tech career, but more importantly they look for general skills and abilities, not specific knowledge of the field, which, conveniently enough, many tech companies are also beginning to realize and specifically screen for. Most people can learn technical skills – it’s the less easily taught qualities like problem solving and the ability to work well with others that differentiate the successful performers from the others.

On June 24th, 69 apprentices graduated from the Apprenti program. This was our second quarterly…