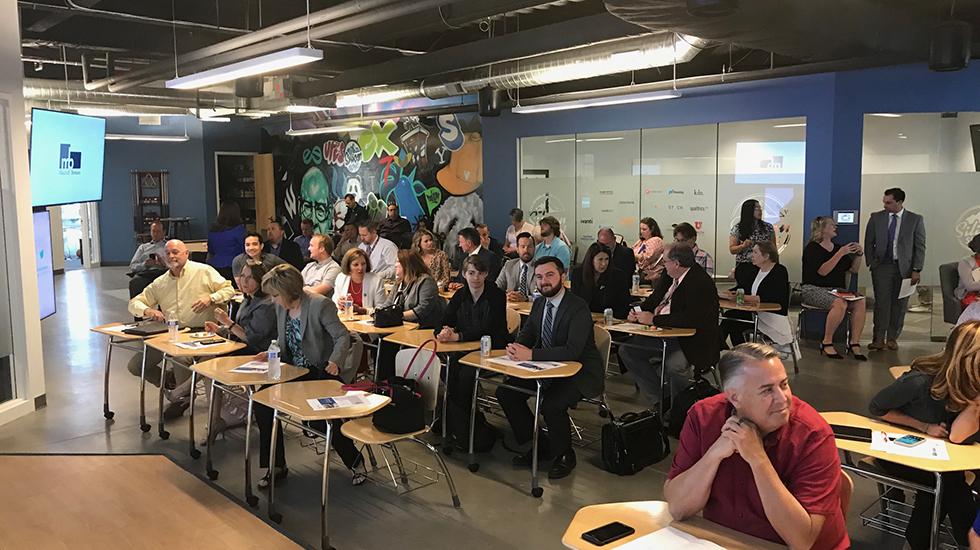 Apprenti held an Apprenticeship Accelerator for the Silicon Slopes Apprenti program to launch tech apprenticeship in Utah in May. Apprenti is partnering with Silicon Slopes, Utah Department of Workforce Services, Talent Ready Utah, and the STEM Action Center to establish an Apprenti affiliate in Utah. Silicon Slopes has recently merged with Utah Technology Council and received a state grant to create registered tech apprenticeships as a way of filling Utah’s 6,000 unfilled tech jobs. The event brought together over 130 people from at least 48 companies representing financial services, social networks, insurance, healthcare, the LDS Church, high technology, education and training providers, workforce development, funders, and community-based organizations to learn about building a bridge to apprenticeship opportunities in tech.

Clint Betts, the Executive Director of Silicon Slopes said of his organization’s partnership with Apprenti, “Our industry is constantly facing a talent shortage, and this is a way the Utah tech community can work towards solving that. The Silicon Slopes Apprenti program is about making sure that the careers of today and tomorrow, which have teachable and clear skill sets, are accessible to anyone who wants a career.”

Betts’ speech was followed by context-setting by Ben Luks-Morgan, Apprenti Program Director for Silicon Slopes. Then Apprenti co-founder and Executive Director Jennifer Carlson shared data on the growth of Apprenti since its launch and perspective on how she sees adoption growing into the future. She addressed all aspects of engaging in the Apprenti model of Registered Apprenticeship and then answered questions.

Interviews for candidates in Utah will begin the week of July 8th with a proposed software development program starting mid-August.

Ellen O’Brien is Apprenti’s Program Admin. Prior to working at Apprenti, she gained experience at other non-profits as well as providing administrative support in a variety of other industries. She is glad to be part of a team working to help people advance their careers. Ellen has an MFA in Creative Writing from the University of Washington Bothell. When not at work she enjoys volunteering, traveling, experimenting with new recipes, and spending time with her three cats and her husband.

On May 18th, WTIA held its third annual Giving Gala to raise money to help…

Apprenti Wins Geeks Give Back Award

On May 2nd, GeekWire honored the best in the Pacific Northwest technology world with their…